Just another short update on what has been happening in the new Ditton, hale Village & Halebank Ward. We also touch on some issues from across the borough.

In the 7 days up to the 8th February, there had been 341 new cases in Halton. Although this is considerably lower than the start of the year, it is still far too high. We can all help getting the figures down by following the guidelines, in particular the 2 metre distance rule. If we all follow the rules, we will get through this, the good news is that the roll out of the vaccine has been going extremely well in Halton but we must all carry on being cautious. Remember Hands, Face, Space.

It would seem that people are still ignoring the message to ‘stay at home’ as Hale Village and Pickerings Pastures continue to be inundated with visitors from outside the area.  Whilst in normal times this may not be a problem, it has caused significant issues for residents living in these areas.  Residents in Church Road/End in Hale have struggled particularly at weekends with the volume of vehicles visiting the area in these times of supposed lockdowns.  We have spoken to Cheshire Police urging them to take action and whilst we appreciate they cannot be in every location across Cheshire, we are grateful for the times when they have been able to deter motorists from visiting the area.

Most of you may know that the Boundary Commission has visited Halton and has made changes to a number of the existing wards. Ditton will lose much of the area west of Ditchfield Road and around Hough Green Park, but the new ward will take in ‘part’ of the Riverside ward to the East of Hale Road, and of course, Hale Village giving the new ward the name: Ditton, Hale Village & Halebank.  As a consequence of these boundary changes, there will be an ‘all’ out” election in May so you will be voting for 3 candidates to represent you. There is also an election for the Combined Authority Metro Mayor and the Cheshire Police and Crime Commissioner.

The council budget has nearly been finalised, and will be reported in the next post. You will be pleased to know that the Metro Mayor has frozen his precept. Cheshire Police are looking to increase the precept for 2021/21 by £15 per annum for an average Band D equivalent property.

Over the Christmas period there was a consultation document concerning the Cheshire & Merseyside Health and Care Partnership. Basically there will only be one Clinical Commissioning Group (CCG) replacing the current model of nine CCG’s. There is a concern from the nine local authorities, that they will not have a fair representation on the governing body.   It looks like a done deal but we are continuing to lobby for better representation on the new CCG.

Halton Council has again frozen the price of the general school meals. This will be welcomed by all parents. The free school meals vouchers will be going out through the schools for the February half term. So that is a bit of good news.

We are pleased to report that the long standing issue of fly tipping has finally been resolved and the site clean up is taking place.   More good news on this is that plans are progressing for the complete regeneration of this brown field site and we will continue to press the case for a viable relief road for Halebank along with the re-opening of Ditton Station.

The continual wet weather in January and February including some of the heaviest torrential rain we have seen for sometime, has led to some homes in Hale Road and Arklow Drive suffering from flood damage.  Other areas impacted included Carr Lane, Ramsbrook Lane and Halegate Road.  In fact during the worst of the storms Hale was cut off with all the roads in and out of Hale severely flooded.  The council’s highways team alongside Cheshire Fire and volunteers worked to protect homes as best they could.

To work to prevent this happening again, the councils’ highway team are working with the Environment Agency, local farmers and landowners to come up with a long-term solution.

For sometime, residents of Baileys Lane have been asking for CCTV to be installed to try and stop the anti-social behaviour including fly-tipping and the 4 x 4’s which use Oglet Shore and the surrounding area as a race track.  The council have recently made improvements to the street lighting at the end of Baileys Lane and had a camera and signage advising that vehicles are being monitored.  It has had some success in that there has been a reduced amount of fly-tipping in the area but unfortunately has not eradicated the issues completely.

Also, following the high number of fly-tipping incidents in Carr Lane, the council are currently looking at CCTV options in that area.  We shall provide an update when the council have decided how best to tackle the ongoing issues.

The government has at last announced that the elections in May will go ahead. Understandably many people will feel nervous and uneasy about attending polling stations, particularly those who have not received the vaccine. If you would prefer to use a postal vote, apply to Halton Borough Council. It is voting made simple. You can apply online, or by phone.

As you know, with the year ending in a one, there is a census. It is not only important nationally, but it is very useful for local authorities. It lets the council plan for the next decade with Housing, Education, Transport, Public Health, Social Care etc. This year the census will take place on the 21st March and will mainly be on line. There will be help for people who may find it a challenge, including a paper questionnaire.

Finally, if you need to talk to a councillor to help you, please contact any of the three of us by e-mail or phone. Unfortunately we are still not able to return to surgeries until things improve. Please contact us even if it is just to talk to someone in these troubled times. You do not have to get through this on your own, there is help available. 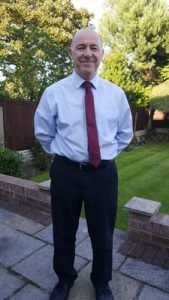 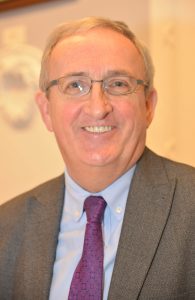 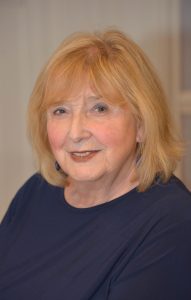 Birchfield Ward News from Cllr Bill Woolfall, Cllr Mike Fry, Cllr Sandra Baker & Louise Goodall Dear Residents, Just another short update on what has been happening in the Birchfield and local area, as we are still keeping busy. As you know, with the year ending in a one, there is a census. It is […]

We hope you are all doing as well as you can and staying safe during this time. Below is a short update on the Farnworth Ward from Cllrs Val Hill, Andrew MacManus, Angela McInerney & Candidate Aimee Teeling. The following was provided with Area Forum  Funding :- Speed enforcement signs on Lunts Heath Road ‘You […]

Grange Ward News from Cllr John Abbott, Cllr Mark Dennett, & Cllr Joan Lowe Dear Residents, A short update on what has been happening in the Grange and across Halton, as we are keeping busy. COVID-19 By staying at home during this lockdown we have seen infection levels in Halton reduce significantly and we want […]