Just another short update on what has been happening in the Birchfield and local area, as we are still keeping busy.

As you know, with the year ending in a one, there is a census. It is not only important nationally, but it is very useful for local authorities. It lets the council plan for the next decade with Housing, Education, Transport, Public Health, Social Care etc. This year the census will take place on the 21st March and will mainly be on line. There will be help for people who may find it a challenge, including a paper questionnaire.

It seems to have been along time, but the repairs and the updating of the bridge is nearly at an end. The reasons for it being so late is the bad weather and getting the right steel supplies. Hopefully the wait will be well worth it, and Halton will have 2 iconic bridges within the next month or two.

Surgery
You can’t fail to have noticed the new surgery when passing the shops at Fir Park. There has been a slight delay due to the wet weather. It is scheduled to open on the 16th August. It will bring a much needed facility to the ward. If you would like to know more about transferring to the surgery, contact Appleton surgery.

NHS Proposals
Over the Christmas period there was a consultation document concerning the Cheshire & Merseyside Health and Care Partnership. Basically there will only be one CCG replacing the present 9. The 9 local authorities feel they will not be well represented. To be fair, it looks like a done deal but we have asked for better representation on the new CCG.

Boundary Review
Most of you may know that the Boundary Commission has visited Halton and has made changes to the existing wards. Birchfield will lose Heathfield Park, Poleacre and the adjacent closes to the Hough Green Ward. An area off Norlands Lane is welcomed by Birchfield from Farnworth. These changes are expected to come in to effect in May. As a consequence, there will be an “ all out” election in May so you will be voting for 3 candidates to represent you. There is also an election for the Combined Authority Metro Mayor and the Cheshire Police and Crime Commissioner.

Budget
The council budget has nearly been finalised, and will be reported in the next post. There should be no shocks.
You will be pleased to know that the Metro Mayor has frozen his precept. There is a Parish Council in Widnes that has raised its precept by 129% over the last 3years. The other parish has gone up 13%. That is for the Parishes to decide.

School Meals
Halton Council has again frozen the price of the general school meals. This will be welcomed by all parents. The free school meals vouchers will be going out through the schools for the February half term. So that is a bit of good news.

Police
We have had an update from the police regarding some of the recent Anti Social incidents that have been occurring. There have been problems leading up to the Christmas period, and the couple of weeks after. Fortunately, PCSO Chris Carr, and PC Sara Melling have reported that things have now  quietened down a bit. There are still ongoing problems with neighbour disputes, parking issues, COVID breaches and speeding. With a little understanding and consideration, most of these problems can be overcome.
The SID ( speed indicator ) has now been moved to Colvend Way, so hopefully traffic will not exceed the 20 MPH limit. We have asked the Highways Dept. to look into the possibility of putting another sign up.

Covid
In the 7 days up to the24th January, there had been 753 new cases in Halton. Although this is considerably lower than the start of the month, it is still far too high. We can all help getting the figures down by following the guidelines, in particular the 2 metre distance. If we all follow the rules, we will get through this.

On a final note, we are losing Cllr. Sandra Baker as she will no longer represent this ward after the May elections. We would like to thank Sandra for all the hard work and dedication she has shown over the last 10 years. She has helped a lot of people in that time, and will be missed. She has never lost her enthusiasm to make people feel at ease when they have a problem.

The new Labour candidate will be nurse and mum of two, Louise Goodall who is an excellent choice to take over from Sandra.

As you can imagine, we do not know yet what form the election will take, but we are confident that it will go ahead in May. If you would prefer to use a postal vote, apply to Halton Borough Council. It is voting made simple. You can apply online, or by phone.

Finally, if you need to talk to a councillor to help you, please contact any of the three of us by e-mail or phone. Unfortunately we are still not able to return to surgeries until things improve. Please contact us even if it is just to talk to someone in these troubled times. You do not have to get through this on your own. There is help. 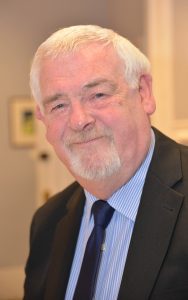 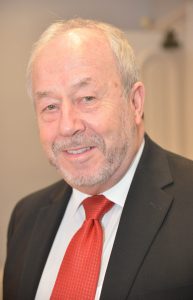 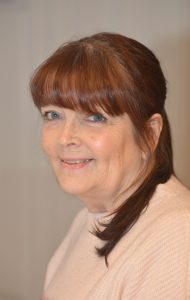 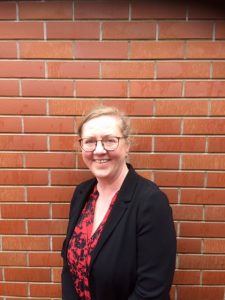 Dear Residents, Just another short update on what has been happening in the new Ditton, hale Village & Halebank Ward. We also touch on some issues from across the borough. COVID In the 7 days up to the 8th February, there had been 341 new cases in Halton. Although this is considerably lower than the […]

Cllrs Stef Nelson, Carol Plumpton-Walsh and John Stockton would like to thank PCSO Paul Barker for all his excellent work in the Ward. Paul is having to move on to a more ‘desk based’ position after sustaining an injury to his foot, but we hope to see him back at some time in the future. Throughout his time […]

We hope that you are all well and keeping safe in these challenging times – below is a quick update. OPEN SPACES There are fantastic open spaces in Halton View – Sunnybank, Crow Wood and The Bongs. The pandemic has shown how important outdoor places are to our physical and mental health. The work that […]